Skydive Part I: The obsession

Posted on September 5, 2016 by thesmallc 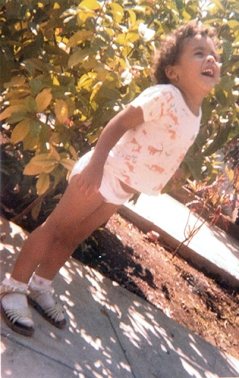 So, I finally did it.

If you’re thinking I went skydiving because of my cancer experience, stop right there. I know that sharing my skydive experience here on my cancer blog probably creates that perception, but I promise you it’s irrelevant. (And, I don’t do bucket lists.)

I do want to share the story here as a positive experience, since there aren’t enough of those on the internet.

My desire to ‘fly’ goes way back to my childhood. Of course, as a child, I did not even know that skydiving was possible. And until a few years ago, skydiving wasn’t something I thought about much. And when I did start talking about it, more often than not, people would discourage me, with a few exceptions of course. It’s reasonable though. Jumping out of a perfectly fine airplane, at 14,000 Ft above ground, is not appealing to most of the population.

Still, about two years ago, I started to become obsessed with skydiving. Now you may ask why I waited so long to actually do it. I’ve wondered the same thing, too. The straight answer is because of my desire to always want to control everything. There’s no sense of being in control when you’re a first time diver. But I’ll go into this ‘sense of losing control’ in another post. First, I want to give you a little background about my desire to fly.

I was raised in a small town in the Dominican Republic, Barahona. There‘s hardly ever any action going on there. Today, the population is about 138,000 residents. That sounds like a lot, but riding around the small rural city you wouldn’t think it. So many of the people are unseen. They are poor, they are farmers. Living literally in the sugarcane. Just like when I was a child there 30 years ago.

It’s very simple and peaceful there. You only hear the sound of the breeze in the trees. And occasionally, you hear some animals too because they’re allowed to walk around the town, on the streets. They also come visit you at your home – roosters, cows, horses, bulls, dogs, sheep, etc.

As a young girl, I remember when airplanes started to disturb our tranquility in Barahona. It was a way for politicians to promote themselves by dropping flyers about never-to-be-accomplished promises. As a child, I was fascinated by those airplanes.

At first I was petrified by the sound those airplanes made. When they flew above our house, I actually screamed and ran inside to hide under my bed. (Back then, we hardly traveled outside of our town so there were many things I was not exposed to.) This fear lasted for some time, until one day, I was stuck in a fruit tree I had climbed and I couldn’t come down fast enough to hide. I was forced to view the airplane flying above the mountains, until it eventually disappeared from my sight. Now I was instantly in love with the idea of flying.

After exposing myself to the amazing view of an airplane, my curiosity grew stronger. I got more and more excited, waiting for the next plane to fly by. Eventually, there were military airplanes too. It was about all the excitement I could get aside from the hurricanes we often experienced on the island. I would run after the airplanes, with my arms wide open. Imagining I was flying too. It was a truly magical experience for me.

Years have passed, and like everybody, I’ve been dealing with all kinds of transitions and the burden of being an adult. I realize that, just like in my small town, there isn’t a lot of ‘excitement’ in my life today either, except for dealing with the heavy circumstances life has presented to me. I am always too busy with work and other anxiety at home. I do have this need to want to escape from my reality but adulthood gets in my way. I realize I need to add some joy to my life.

So, these past two years, I found myself looking at the sky again, watching airplanes. Remembering those years as a young, happy girl with a simpler life.

And I began to obsess about skydiving. Why? Maybe I needed something outside myself to obsess about. I really wanted to do something wild, even if the thought of losing control again – the way cancer made me feel – scares me. I mean, once I jump off that plane, there’s no turning back. I’ll be…falling down! The very thing I have feared happening to me again.

The idea of allowing myself to let go and simply let things be started to look more attractive to me than always trying to be in control.

I began to talk to my fiancé every week about going skydiving. He had conflicting feelings, to say the least. He did not want to stand in my way and prevent me from doing something that I found so important, but he already fears losing me every day. Adding this layer of ‘exploration’ and risk to our lives was hard for him to deal with.

But I continued to plan and daydream. I would stick my head out of our car window, like a dog, when we drove fast on the highway, to let the wind hit my face the way it would when I went skydiving. I was trying to convince myself that it was possible. I know I drove my fiancé insane, constantly talking about the possibility of me skydiving soon. “Is it possible? Is it doable?” I would keep asking him. He had to admit that the answer was yes.

One day in August, I asked him to drive me to the skydive place. Just to take another look. To convince him and myself that it was doable. Instead, I spontaneously decided to do it – then and there – without questioning anything anymore. I didn’t even bother to read the consent forms. I already knew the risks. And my fiancé did not bother to protest anymore.

In my next post, I will tell you all about it. I must confess that it was challenging to give up the need to feel in control, which is difficult during these years when I have been threatened by uncontrollable situations in my life. But I did it. And that’s not all. That day I met someone completely unexpectedly as I was getting on the plane. I will tell you about that too.

I'm Rebeca. I was diagnosed with breast cancer at the age of 32. But there's more to my story: I am an animal lover. I love to cook. I have a wonderful fiancé who doesn't mind walking my rocky path with me. We currently live in New York. ---------------------------------------- “Those who have a 'why' to live, can bear with almost any 'how'.” ― Viktor E. Frankl
View all posts by thesmallc →
This entry was posted in Reflections and tagged #skydivetheranch, airplane, childhood, Control, dive, fly, flying, freedom, obsession, plane, sky, skydive, Skydiving. Bookmark the permalink.

16 Responses to Skydive Part I: The obsession