It’s about the patient 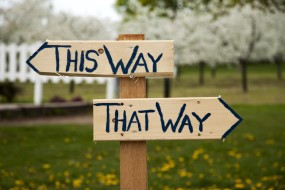 A couple of years ago, I received a message that a family friend, Floris, had been diagnosed with leukemia. From the time I learned about her diagnosis, I was concerned. I knew she wasn’t allowed visitors due to her poor immune system, so I wasn’t able to see her except for some occasional online chats. But last summer my mother informed me that she was not doing well. I had the urge to see her so I paid a visit at the hospital where she was being treated. We talked for hours, pretty much about everything. It was nice listening to each other after not having seen each other for a while.

During my visit, Floris expressed some concerns about continuing her treatments. She had stopped tolerating them. At the time, she was a candidate for immunotherapy. Her doctors started her on a new chemo regimen, but sadly, the cancer was too aggressive and her body wasn’t able to recover enough to continue with the new treatment plan. The doctors said that there was nothing else they could do for her. This was upsetting, and I couldn’t help but wonder if there were other options for her at other hospitals.

I began searching for trials and hospitals that might offer a second opinion. I informed my mother, who was also worried about her friend.

I suggested a second opinion because it is what I would have done in Floris’ situation. (It’s what I did when I was originally diagnosed.) But Floris decided she did not want to pursue more treatment options. She decided to go back home, outside of the U.S., to see a naturalist. I knew what that meant. It was difficult for me to accept it. I wanted her to live. But Floris passed away a few weeks later.

After I received the news that Floris had died, a thought crossed my mind. I thought Floris made the right choices for herself and did cancer her own way and that alone should give us a sense of peace. It was about her.

We sometimes get caught in our emotions and hopes and fail to see the fact that sometimes patients get tired. Sometimes they reach a point where they’ve accepted their mortality because the collateral damage has reached its peak. Sometimes there really isn’t much we can do – not doctors, not us, and certainly not naturalists. All we can do is be present and respect their choices. This definitely doesn’t mean giving up. It means accepting the things we cannot change nor have control over.

As cancer patients, we should be allowed to own our decisions — and we shouldn’t need to defend them. I know sometimes this can create controversy and upset among loved ones, and it can make an already difficult situation even more confusing and stressful for we patients who are trying to proceed with our treatment plans. In this case, our family friend chose both options – conventional medicine as well as the alternative option – because it was what gave her the most peace and control.

I might be left to wonder whether her decision to see a naturalist was a reflection of desperation or a reflection of her acceptance, but does my wondering even matter? Another patient might choose something else. And these decisions are OK as long as the patients are the ones who make them. (Of course, I am NOT OK with people who take advantage of a patient’s desperation by offering false claims about cures — but that topic is for another discussion.)

As fellow patients, we all carry a responsibility. It’s fine to offer our wisdom and experience when we are invited to. Personally, I am a believer of leading with scientific evidence. However, sometimes there are patients that would rather take a different route. As much as this may hurt, we have to let it be. Accept it. Respect it.

Patients must have the last word when it comes to treatment plans and their lives. And no matter what our place in their lives may be, it’s always about the patients.

9 Responses to It’s about the patient